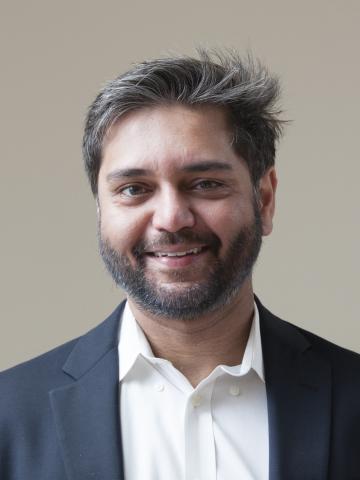 Siddhartha Jaiswal is an attending pathologist at Massachusetts General Hospital and a postdoctoral fellow in Ben Ebert’s lab at the Broad Institute studying age-related diseases. His research is focused on the relationship between genetic mutations, cell biology, and aging.

BroadIgnite funding will allow Sidd to analyze the DNA of people with Alzheimer’s to look for age-related genetic mutations that might play a role in the disease. In previous research, Sidd has shown that when age-related mutations occur in blood cells, they can lead to blood cancer. Strikingly, he found that the same set of mutations is also implicated in cardiovascular diseases such as heart attack and stroke. That suggests that these mutations could change how some blood cells function—and also that a shared mechanism underlies diseases of aging like cancer, cardiovascular disease, and dementia. Based on these insights, his BroadIgnite-funded project will determine whether these mutations are also at play in Alzheimer’s; if confirmed, this could eventually lead to powerful new therapeutic avenues in diseases of aging.

Read about Sidd's research in the New York Times