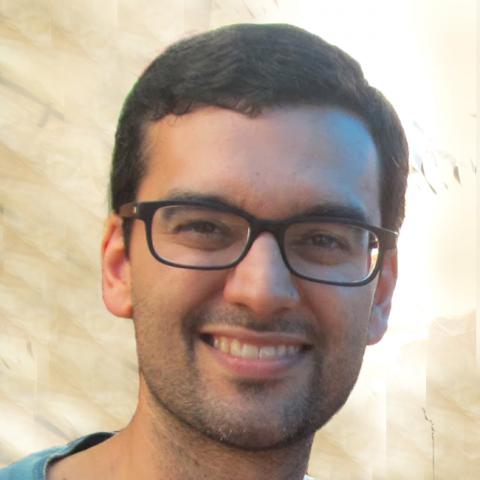 Postdoctoral Fellow at Broad Institute of MIT and Harvard

Roby Bhattacharyya is an attending physician in infectious diseases at Massachusetts General Hospital and a postdoctoral researcher in Deb Hung's lab studying antibiotic resistance. He seeks to understand how bacteria adapt to the most powerful antibiotics and design rapid methods for detecting resistance.

BroadIgnite funds will allow Roby to develop and test a rapid diagnostic for meningitis that can identify the responsible pathogen from the cerebrospinal fluid of patients. Bacteria, viruses, or fungi can all cause meningitis, but it can take up to a week to identify the source of the infection. In the meantime, doctors have to make an educated guess—and may end up prescribing antibiotics that don’t actually target the disease, but can instead contribute to antibiotic resistance. Roby seeks to shorten the time to diagnosis by developing an RNA-based assay that would identify the source pathogen by its expressed genes. Unlike current tests, it would work for any variety of meningitis.

Current meningitis diagnostics take up to a week, meaning doctors often have to make educated guesses about the source pathogen—be it bacteria, viruses, or fungi. And when they guess wrong, patients end up with the wrong antibiotics, which doesn’t help them get better and contributes to antibiotic resistance. My team and I wondered: could we develop a faster diagnostic tool?

We believed we could build a speedy and precise meningitis diagnostic by using an RNA-based assay on the cerebrospinal fluid of patients. Our big-picture idea was that an RNA-based assay could identify the source pathogen from its expressed genes.

As it turned out, we were able to make the diagnostic work for bacteria and fungi, but not for viruses. However, the insights we gained have greatly benefited the research we’re now doing in the Broad’s Infectious Disease and Microbiome Program. For example, we’re continuing to hone many RNA-based diagnostics. Using a new assay, we’re attempting to decode the earliest signals that bacteria send in response to antibiotic exposure to identify resistant organisms. If we can understand these signals, we can improve (and make better decisions about when we use) antibiotics. So far, our team has demonstrated this new assay on several pathogens listed by the CDC as urgent threats. We’ve also begun to extend the approach to tuberculosis, the world’s leading infectious killer. It was BroadIgnite funding that first planted the seeds of this exciting research, and I’m grateful to the community for its stalwart support of my work and ideas.