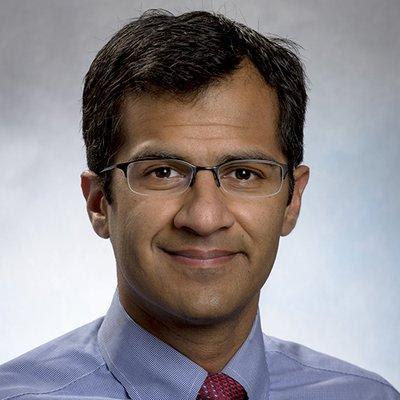 Every year, hundreds of thousands of people in the U.S. die of sudden cardiac death. And, as vital as this area of study is, we still don’t know a lot about a crucial factor: heart cells. Working with clinical partners, Rajat will investigate heart cells in coronary blockages for data that can abet our ability to predict who is most at risk for sudden cardiac death.

Most people who suffer sudden cardiac death are not even aware that they have heart disease until it’s too late. Though we have begun to develop tests assessing genetic risk factors, we still don’t know a lot about the role that heart cells play. In fact, there’s been almost no new research into heart cells in the last 40 years. As a cardiologist and researcher, I want to investigate a basic but crucial question: What are the heart cells that cause sudden cardiac death and how do they differ from healthy cells?

I will use BroadIgnite funding to scrutinize the cells involved in sudden cardiac deaths caused by coronary artery disease—more commonly called blockages. As a first step, I will use my relationships with clinicians at MGH and BWH to obtain heart tissue from five patients with various stages of blockages. Next, I and my team will perform single-cell analyses on cells in the plaque in blocked arteries, looking for clues to how the cells change in the process of plaque buildup. If successful, this project could help us determine the specific cellular mechanisms behind plaque buildup. This would give us a crucial tool to couple with genetic data as we strive to diagnose people at the highest risk of sudden cardiac death—and intervene before it’s too late.