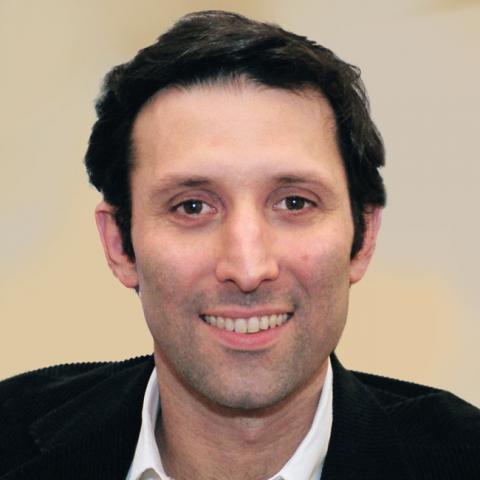 Ben Ebert is a hematologist and oncologist whose research focuses on cancers and other disorders that affect the production of red blood cells. He also leads the leukemia program at the Dana-Farber/Harvard Cancer Center.

Laboratory models of leukemia often don’t reflect the genetic reality of patients’ cancers. Ben is tackling this challenge by using the CRISPR genome-editing tool to develop new models of drug-resistant childhood leukemias with more realistic mutations—including some identified in his lab. These models can be used to search for new treatments that can kill the drug-resistant cancer cells. This project will provide researchers with a steady and reliable source of leukemia models to advance our understanding of blood cancers and test new experimental therapies.

We have made tremendous progress in identifying the genetic causes of most cancers, including leukemias, with the advent of new technologies, such as next generation sequencing. However, we currently do not understand how most of the genes implicated in leukemia development actually cause this disease, and how to best target them. One of the reasons for this hampered progress has been a lack of models that would faithfully recapitulate human disease and response to treatment. Mouse models of leukemia do not always predict response to therapies in humans, leading to failure of new drugs in expensive clinical trials, and limited treatment options for patients.

CRISPR works like a pair of molecular scissors, allowing cuts and subsequent genetic changes in the DNA in very specific locations. In addition, it also allows us to easily customize the number and type of genetic lesions introduced. This mimics the genetic heterogeneity of patients, who often have mutations in at least three or four genes. We chose to target 11 different genes that are the most frequently mutated in MDS and AML and predicted to lose their normal function when in a mutated state. We mutated these genes individually or in combinations to mimic the complexity of human disease. Human leukemias only grow in the bone marrow environment, so we transplanted our cells into mice that served as a surrogate home for these cells to expand.

With the help of the BroadIgnite funding, we achieved a challenging scientific feat that has never been accomplished before: using novel genome engineering approaches to create leukemia models from human blood stem cells. These models reflect the complex genetics in human cancers, grow in mouse bone marrow, and are easily customizable and amenable to pharmacological testing—a useful property for finding new treatments for leukemia. Our work could also usher in a new era of making more relevant models of cancer from human cells. And for MDS and AML patients, we now have the tools to develop a better understanding of their disease and how to treat it.