Skip to main content
An infectious disease physician and Broad scientist discusses how basic science—some of it 20 years in the making—has led to better care for Covid-19 patients.

From Pandemic to Vaccine-Preventable Illness

It has been more than one year since the World Health Organization declared the coronavirus outbreak a pandemic. More than 500,000 Americans have died of the virus, according to Johns Hopkins University, and the pandemic is still wreaking havoc across the globe, with India and Brazil facing devastating new surges in infections.

For Roby Bhattacharyya, an associated member with the Broad’s Infectious Disease and Microbiome Program and attending infectious disease physician at Massachusetts General Hospital, the past year has been an intensely emotional experience. Bhattacharyya, a 2016 awardee of the BroadIgnite program, was on the frontlines when the initial surge hit Boston-area hospitals in March 2020 and again during the second wave in January 2021. Below he reflects on the lessons he has learned—both in the clinic and lab—and what he hopes we will do better next time.

How did your experience caring for Covid-19 patients during the second wave compare to your first time on service?

There was so much more known about [the virus] that it felt completely different to be on service with almost the same number of patients as there were last March. I knew better what to expect. I knew what I could do to give a patient the best chance to survive, even if I couldn't guarantee that. We can't guarantee anything in medicine. We can just do our best. But at least I had a better sense of what our best was at that point.

For example, I didn’t give anybody the steroid dexamethasone in April [2020]. I saw enough people who died that, had I given them all dexamethasone, one of them probably would have survived had we known. But we didn’t know. And the best literature at the time suggested that it might have been harmful. I can’t beat myself up about that, but it’s certainly true that a patient I saw in January had a better chance to survive than a patient I saw last March. So that part made it easier. I lost 10 pounds in two weeks the first time I was on service from stress and not eating because I didn’t want to take my mask off. I didn’t do that the second time.

What was hard the second time was seeing people die of what I knew was a vaccine-preventable illness. I saw people who were weeks away from being eligible for a vaccine and just didn’t quite make it. So, it’s still hard. We’ve learned a lot in a year, but we’re still at its mercy to some degree.

Scientific discovery seems to be unfolding at an unprecedented pace, especially when compared to the original SARS outbreak in 2003—which we didn't know was a virus for nearly 6 months. What went “right” this time in comparison, leading to vaccines and other game-changing treatments?

For vaccines, I think we’ve built on technologies that we've been making for the last 20 years. There are a lot of unsung heroes that have come out of that—people like Katalin Karikó who worked on messenger RNA delivery when funding was hard to come by. And she and others kept working on this idea for decades and finally found a way to deliver messenger RNA in a way that was stable and wouldn’t get degraded by cells. 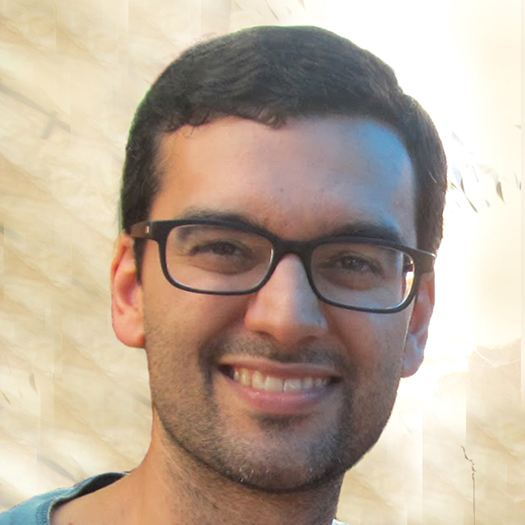 So, I think it’s a culmination of all this detailed, careful science on diseases that were no longer threats. That’s the value of basic science and, in some ways, even curiosity-driven science.

What is a lesson that you hope will be implemented going forward?

One thing that I hope comes out of this is a more deliberate system of worldwide deployment of diagnostics and sequencing. We have the ability to both identify new pathogens and watch them develop. But we don’t really yet know how to react to that. We’re seeing that with the variants, where people are not sure how seriously to take them, and it takes a while to calibrate. But I think having the ability to gather information in a coordinated and systematic way is important. Even if this time through we don’t know exactly what to do with it, in retrospect, having the data will let us know how to react next time.