Moran Yassour, a postdoctoral researcher in the labs of Eric Lander and Ramnik Xavier at the Broad Institute, is a pioneer in one of biology’s hottest fields: the human microbiome. She’s researching how the circumstances of our birth and early life influence the origin and development of the microbes in our gut. Support from the BroadIgnite community has allowed her to investigate the differences in the gut bacteria between children born by C-section and those born vaginally. Here, she shares more about her research. The interview has been condensed and edited for clarity.

How did you come to study the infant microbiome? My mother is a computer science teacher, and I always loved genetics. When I was looking for undergrad programs, I came across a program that combined computer science and life science. I really enjoyed it and stayed in the same program for my master’s and Ph.D.

When I started my postdoc, I knew that I wanted to be in a field that’s a little bit more translational—something I could easily explain to my grandmother, or a stranger in the elevator, and they could understand what I’m doing and why it’s cool.

I started working on gut microbiome samples of adult patients with inflammatory bowel disease (IBD), but we also had a collaboration with a Finnish group with a cohort of children who got lots of antibiotics. I thought that was super interesting, because I had two young children at the time (a third is now on the way).

One day I was sitting in day care, and I realized that there are so many things that are different between them. Clearly, they’re going to share a lot of microbes because they’re all licking the same toys, but they have so many different eating habits. So it started me thinking about all the diversity that we see among children of the same age group, even among the same classroom in daycare.

What is the goal of your BroadIgnite project? In the Finnish data, we saw a pattern that was known before: kids born by C-section have a different microbe signature than kids born by vaginal delivery. What was really interesting and novel, though, was that 20 percent of kids born by vaginal delivery had the C-section microbial signature. We didn’t have the data to explain it. At some point, when I kept complaining that we don’t have all the things that could be relevant, I realized that we should just try to establish a new cohort that would have all the data we were missing.

Together with Dr. Caroline Mitchell (an OBGYN at MGH) we enrolled 190 families that came to deliver at MGH labor and delivery, and we collected samples from the kids and from different niches of the mother’s body. Now that most of the samples have been sequenced, we can get a better understanding of the differences in the microbial signatures. We can investigate questions like: do we see less transmission of bacterial strains from mother to child in C-section births? And can we identify the bacteria impacted the most? 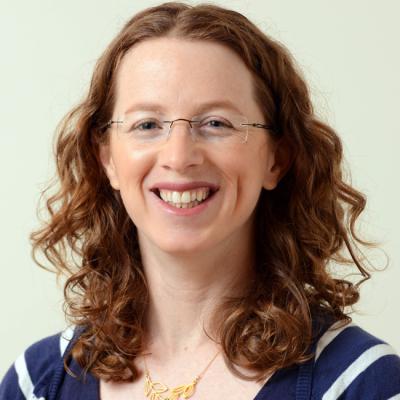 Moran Yassour, Ph.D. What else might influence a baby’s microbiome? We have a project looking at breast milk versus infant formula. The third most common component in breast milk is a type of sugar called human milk oligosaccharides. There are 200 different types of these sugars, and each mother can have a different combination of these sugars in her milk. But the baby itself does not have the enzymes to break these down—basically the mother is feeding the baby’s gut bacteria.

In formula, none of these sugars are present, partly because they’re very expensive to make. But we also don’t know which sugars to add. We want to understand what the minimal and necessary set is that we can use to supplement formula that would best mimic breast milk. And so we’re trying to understand which bacteria could grow on which sugar, and which bacterial genes enable this potential growth for each sugar.

It also turns out that cow’s milk allergy is almost twice as prevalent in kids who are exclusively formula fed than in kids who are breastfed. Formula is based on cow’s milk, so it could just be that they get a lot of exposure to cow’s milk protein if they’re exclusively eating formula. On the other hand, we know that exclusively formula-fed babies have different gut bacteria. So that’s what we’re investigating with the Food Allergy Science Initiative, with a cohort of 180 kids, 90 of which got milk allergy and 90 of which did not.

What role did BroadIgnite play? Many young scientists lack confidence, so when other people think what you’re studying is important and that the methods you’re using are interesting, then that’s fun. The BroadIgnite funding was a really nice boost. It’s an honor to belong to such an extraordinary group of scientists.

Furthermore, I think that two strong advantages of the BroadIgnite funding are that I could get the funding started very fast, which helped me establish my new cohort, and that the preliminary results from these samples were instrumental in receiving a large NIH grant to further support my projects.