Inflammatory bowel disease (IBD) afflicts 1.6 million people in the United States, with 70,000 new cases of Crohn’s disease or ulcerative colitis diagnosed each year. There is currently no cure for these painful disorders. But thanks to the generous support of the Leona M. and Harry B. Helmsley Charitable Trust, the Broad Institute is trying to change that.

At the heart of the Broad’s research is a remarkably productive collaboration between geneticist Mark Daly and gastroenterologist Ramnik Xavier. Together, they’re racing to identify the key genes at the root of IBD, understand how their mutations cause disease, and identify new therapeutics. So far, their work has led to several therapeutic projects with industry partners. With a new gift from the Helmsley Charitable Trust, Xavier hopes to translate other novel genetic findings to biological insights, which can in turn guide the development of drugs that specifically and potently target the disease in children and adults.

Below, Xavier shares his thoughts on what’s unique about the Broad’s IBD research and more. The interview has been condensed and edited for clarity.

What have you achieved so far?

Through the generous funding from the Helmsley Charitable Trust, we’ve been able to identify genes linked to IBD and move from genes to gene function and then onto therapeutic hypotheses and promising small molecules. Two of the genes we’ve studied have led to compounds that have now been picked up by pharma, and a third project is well on its way. In fact, assays we built here to screen the Broad’s drug library will be used to screen a company’s molecule collection. In the most advanced of these projects, we hope to have something that can go into patients in 2021.

We’ve also started studying patients and healthy individuals who carry the risk and protective versions of IBD genes. We took cells from these patients and showed that the defect we identified in cells in culture and in mice was present in patient samples as well.

Thanks to these studies, we’re starting to think about predictive and precision medicine, where we are applying genetics at many levels. For instance, we’ve started asking who’s going to respond to this treatment versus that treatment—is there a genetics component? Is there a microbiome component? Or do you need both? Recently, we studied Crohn’s patients taking a drug called vedolizumab for a year. By week 14, we were able to say who’s going to respond to the drug and not.

I think the real plus with IBD is that the genetics was done on carefully defined populations with the disease. That means that we’re studying a group of people with the very same symptoms and disease presentation, allowing us to zoom on the factors behind a particular form of IBD rather than the disease writ large. That clearly played an important role in enriching the genetics. In addition, Mark and I have mainly focused on finding genes that are only associated with Crohn’s or ulcerative colitis and not other disorders.

The other important thing is that because human genetics was such a foundational principle at Broad, I was able to get buy-in from a lot of the senior leadership. The whole institution collaborated over Crohn’s and ulcerative colitis. Now, I’m working with Aviv Regev to identify every cell in the gut in healthy individuals and patients with IBD. This will enable us to identify cells that express the genetic variant and cell-specific biology that is altered in disease. 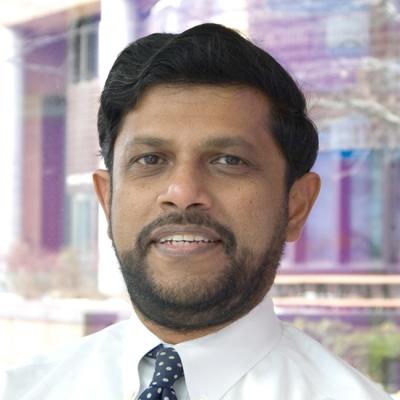 First, we’ll continue to mine IBD genetics to find new potential therapeutic targets. Thanks to the large initiative Mark led, funded by Helmsley, to sequence 20,000 exomes of IBD patients, we’ve identified three more genes that have variants associated with IBD. One gene regulates stress responses in the gut, one transports molecules across the cell membrane, and the third, we predict, will interfere with the healing of wounds. We’re starting to work out the biology of the mutations, and how they contribute to disease.

As we do so, we will continue to work closely with therapeutics teams at the Broad to develop assays based on these discoveries that can be used to screen for potential therapies. Tests like these have been key for attracting the interest of pharmaceutical companies. They demonstrate our deep understanding of the biology, and lower the barriers to identifying and fine-tuning new drugs.

So far, there are 200 areas of the genome associated with IBD. I’m of the view that these multiple areas will collapse into a smaller number of pathways. For example, we’re turning our work on autophagy—the engulfing and disposal of cells by the immune system—into a standalone program, because we’ve identified 30 genes and risk variants in this pathway.

In parallel, we’ve been doing a lot of microbiome work. We’ve identified a lot of genes, but what about environmental signals? In certain examples we may not be able to correct the genetic defect, but the environmental defect can be corrected. Early papers reported that giving antibiotics to patients with Crohn’s disease made their disease worse. And we also know that diverting the fecal stream from the inflamed area where makes the inflammation better. So we characterized the microbiome of Crohn’s and ulcerative colitis patients, and will continue to explore this area.

By starting with patients and ending with patients, we’re trying to come up with a better roadmap to making therapeutics. Having the right expertise around, I’m optimistic that we can make an important impact in getting to better treatments for these patients.