Though the treatment of childhood cancers has improved in recent decades, some forms of the disease remain difficult to crack. Among the most notorious are diffuse intrinsic pontine gliomas (DIPG)—aggressive brain tumors diagnosed in 300 children a year in the U.S. No therapy currently exists for DIPG and average survival after diagnosis is nine months.

Mariella Filbin aims to change that. A pediatric neuro-oncologist specializing in DIPG and other childhood brain tumors, Filbin studies cancers at the cellular and molecular level—and hopes to use that information to guide the development of treatments targeting a tumor’s genetic weaknesses. Specifically, she and her team use single-cell analysis technologies to analyze individual DIPG cancer cells. Her work is supported in part by an award from BroadIgnite, a program that funds bold projects from early-career researchers in the Broad community. 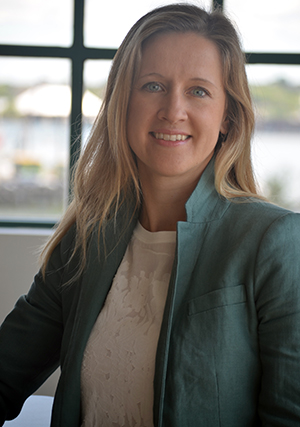 But it still can take years to translate discoveries into new treatments. Now, thanks to the Sajni Chakrabarti Fund for DIPG at the Broad Institute, established in the memory of a young patient, Filbin hopes to accelerate the search for cures. The fund will provide initial support to enable her to begin to tap into a vast therapeutic resource: the Broad’s Drug Repurposing Hub. A collection of more than 6,000 existing compounds, most of which are either FDA-approved or in advanced clinical trials, the Drug Repurposing Hub is an ever-growing catalog of compounds that the Broad has amassed for research purposes.

Filbin will canvas the collection for a drug to combat DIPG, testing the compounds on cell lines derived from patient samples. If the tests uncover a promising DIPG drug candidate, that drug could have a faster path to the clinic, since it has already undergone early-stage clinical safety studies. This approach—finding a new purpose for an existing drug—has proven fruitful for researchers in the past. Thalidomide, originally developed as a morning-sickness drug in the 1960s, is now used to treat multiple myeloma; leucine, approved in 1991 to boost immune systems following chemotherapy, was approved for a new purpose—treating radiation sickness—in 2018.

In the following video, Filbin explains how she analyzes DIPG tumors—one cell at a time—in search of clinically relevant insights.