A Research Breakthrough in Schizophrenia

In 2013, Steven McCarroll, the director of genetics at the Broad Institute’s Stanley Center for Psychiatric Research and an associate professor at Harvard Medical School, was heading to a friend’s New Year’s Eve party when an email from a graduate student in his lab, Aswin Sekar, popped up on his phone. It contained a simple graph. Sekar had been toiling away at a particularly knotty genetic problem. But when McCarroll opened the message, “it was immediately clear looking at the plot that he had solved it,” he recalled.

The problem that Sekar had tackled was a lingering mystery in the genetics of psychiatric disease: why is schizophrenia risk correlated strongly with a region of the human genome containing many immune system genes? In the plot he sent McCarroll, Sekar had identified a form of one particular gene, complement component 4 (C4), that associated cleanly with disease risk. It started a revolution in our understanding of how schizophrenia develops—and how it might be stopped. 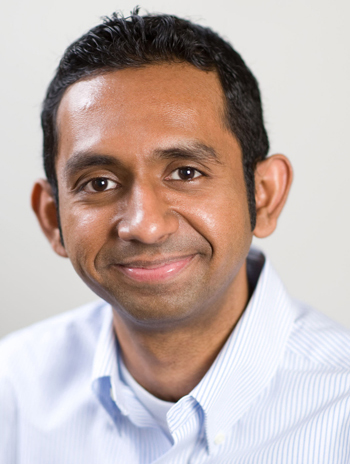 While Sekar had pinpointed the specific genetic variation linked to schizophrenia, it was still a puzzle how an immune protein could cause the disease, until McCarroll turned to MacArthur “Genius Grant” awardee and fellow Broad institute member Beth Stevens.

“You don’t usually think you’ve got immune molecules in your brain,” Stevens said. Yet, she had found that members of the complement pathway—the system that includes C4 and targets immune threats for removal from the body—are among the genes that neurons upregulate the most in response to cells involved in synapse development. In her laboratory at Boston Children’s Hospital, where she is an assistant professor of neurology, she investigates the role of complement molecules in synaptic pruning—the process of trimming excess connections in the brain, particularly during development and disease.

In pruning, Stevens and her colleagues demonstrated that the brain’s microglia cells—immune-like cells in the central nervous system that act as the first line of defense— recognize complement-coated synapses and engulf and remove them. The process is similar to complement’s role in the immune system, where complement molecules coat infected cells and pathogens, which are then recognized, consumed, and removed by macrophages, the soldier ants of the immune system.

Around the time of Sekar’s C4 discovery, Stevens and McCarroll began discussing the preliminary data. Stevens recalled a decades-old hypothesis that overzealous synaptic pruning might cause schizophrenia. The notion was based on two observations. Synaptic pruning in adolescence occurs at roughly the same age as schizophrenia onset. And in the schizophrenic brain, there is less gray matter than normal because many of the cell parts that receive synapse signals are missing. Although Stevens and others had dreamed about testing this hypothesis, it was impossible because suitable animal models of the disease don’t exist, and the brains of living schizophrenia patients could not be studied.

Armed with the new genetic data, Stevens and McCarroll joined forces to tackle the problem. “Two labs came at it from two different angles and came together,” she said. “I think that’s really critical for cracking anything, but especially something as complex and understudied as the biology of schizophrenia.”

Their unusual collaboration was made possible by the extraordinary generosity of the late Ted and Vada Stanley, Connecticut-based philanthropists who founded the Stanley Center to tackle psychiatric disease in innovative ways. In 2014, they Stanley ensured future groundbreaking progress at the center with an unprecedented $650 million commitment.

The Stevens and McCarroll labs eventually found that extra copies of C4 correlated with higher expression of the gene in schizophrenic brains and increased disease risk. Additionally, in mice, each copy of the gene increased the amount of synaptic pruning that occurred. These results provide the first genetic and molecular evidence that too much pruning could explain reduced synapse numbers in schizophrenic patients. That, in turn, cracks open the possibility of some day developing effective treatments for the disease that target this key process.

“The study of brain disorders like schizophrenia has needed real footholds from which to climb, and for so long it resembled a featureless wall,” McCarroll said. “Now, we know about one of the most important genes, we know what the functional alleles are, and we have some sense about what it’s doing. So we can really start climbing from this.”

Further coverage of the C4 discovery