Food allergies threaten the lives of millions of children and adults in the United States, and the prevalence of these dangerous reactions to everyday foods appears to be growing. Yet, scientists understand very little about the basic biology of what provokes the body to respond to certain foods in this way.

Using newly available technologies, the Broad’s Food Allergy Science Initiative (FASI) seeks to change that. Here, FASI’s director, Ruslan Medzhitov of Yale School of Medicine, explains what drew him to food allergy research—and why FASI is so timely. The below conversation has been condensed and edited for clarity.

How did you become involved in immunology, and in food allergy research in particular?

I grew up in Uzbekistan, in a family where everyone was a mathematician. But even though I loved math my whole life, I always thought I wasn’t smart enough to go into math or physics. So I decided to go into biology.

At the end of my graduate studies in Moscow, I happened to read an article by Charles Janeway at Yale, where he proposed the notion of an innate immune system, a whole additional layer of the immune system that detects pathogens. I wrote to him and applied for a postdoc, and together we found receptors that detect structural features that are shared by all bacteria but unique to microbes.

But the innate immune system for microbe detection that we discovered doesn’t apply to allergen recognition. So once that was all worked out, I got very interested in this second big puzzle: how allergens are detected.

I think the disease itself has been misunderstood. Traditionally, scientists have thought that allergens are generally innocuous molecules, and that the immune system makes a mistake in the way it reacts to them. I think allergy is actually a defensive response, based on enhancing barriers and expelling something that’s harmful from the body—like coughing or sneezing when you inhale dust particles. Allergic defenses perform the same type of expulsion, except that it’s based on immune responses and not just the neuronal reflexes.

One part of the hypothesis we’re pursuing is that immune defense provides a food quality control system that can go overboard, resulting in immune-mediated reactions to food, including food allergy. 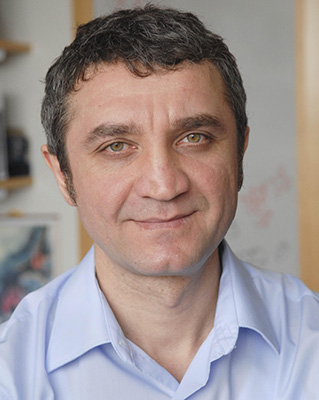 What’s unique about how the Food Allergy Science Initiative is approaching the problem?

The donors who founded the initiative realized very wisely that the limiting factor in making progress on food allergy is the gaps in fundamental knowledge about the problem. Our primary goal is to fill those gaps.

Food allergy also requires synthesizing several traditionally divided fields of knowledge: immunology, gastroenterology, microbiology, sensory physiology, and nutrition science. Our second goal is to bring together investigators from different fields to address food allergy as a problem stemming from abnormalities that concern all these fields of study that were previously very much separated from each other.

And our third goal is to apply new technologies to food allergy. So many of the things that we couldn’t even dream about doing experimentally even two years ago are now routine. This is, of course, very much enabled by the Broad Institute’s infrastructure and its focus on technology.

DNA sequencing–based technologies are now penetrating areas that have nothing to do with studying gene sequences, because these approaches are very powerful ways to do a lot of analyses. Single-cell analysis is one of them. If we look at the single-cell level at something we thought we understood fairly well, there’s a huge complexity there and lots of surprises. This has not been done in allergy or food allergy.

The other type of analysis can involve several approaches based on unbiased chemical or genetic screens. Based on the data we obtain from single-cell analysis, we will have many pathways we will want to interrogate with these screens in cells or animals. And because these technologies have become so sensitive, we should be able to do things that previously were hard to do on human blood or biopsy samples, which are only available in very small amounts.

What’s next for FASI?

We plan to generate data and reagents that can then serve as resources for the community. We hope these resources will allow us to engage with a larger community of scientists and physicians to generate momentum, enabling research that was previously very difficult.

The seven investigators leading the initiative plan to unlock some of the fundamental biological underpinnings of food allergy, thereby allowing others to join our collective efforts. Once that happens, the progress to novel therapies will be much faster, and that’s what I’m really hoping for in the next several years.